THE BEACHES OF ST VALERY 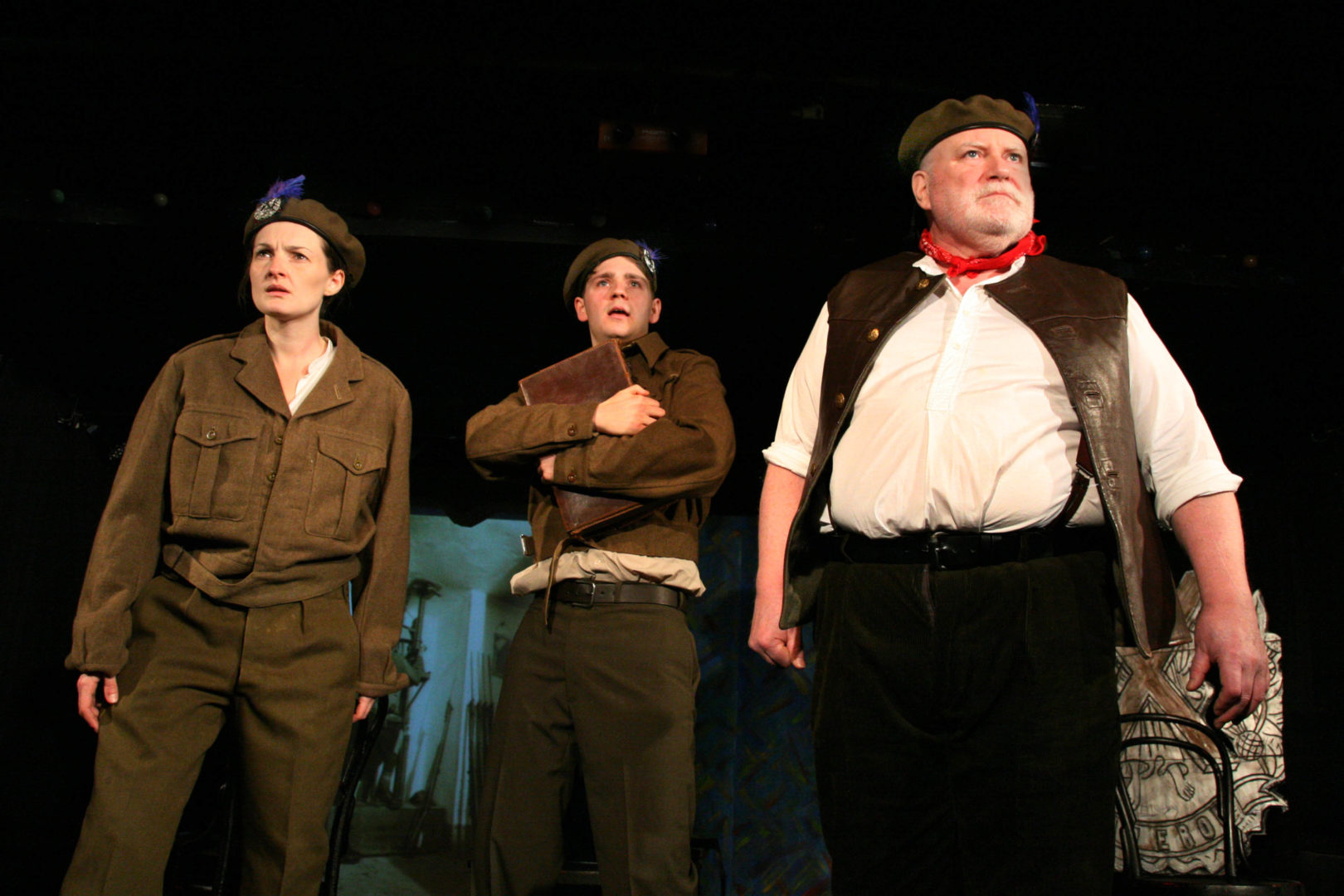 In June 1940, Churchill hailed the “miracle of Dunkirk,” when all 350,000 men of the British Expeditionary Force were evacuated to safety.

But for the men of  51st Highland Division, there was no miracle. Sacrificed in a secret  political deal, Churchill  ordered them to stay and fight to the last bullet.

Against overwhelming odds, 9,000 Scotsmen surrendered at St-Valery-en-Caux, and were marched to POW camps in Poland.

All of them were betrayed.

Some of them escaped.

One of them fell in love.

The Beaches Of St Valery is his story.

Stuart Hepburn has been acting and writing screenplays professionally for over 30 years. The research he carried out for “The Beaches Of St Valery”  formed part of his doctoral  thesis for which he was awarded a PhD from Glasgow University in 2015.

He is currently appearing as John Anderson in River City. Recent writing work includes episodes of “River City” for the BBC, and  “Katie Morag” for BBC Children’s and CBeebies. This is his second stagework for A Play, A Pie and a Pint after “Marco Pantani: The Pirate“ which premiered in 2013. He has written two feature films three stage plays, and over 80 hours of Television drama. He created “McCallum,” and adapted  Ian Rankin’s   “Rebus” for Clerkenwell  Films,  and  has written for series such as “Hamish Macbeth”, “Taggart”, “Foyle’s War” and “Wild At Heart.“