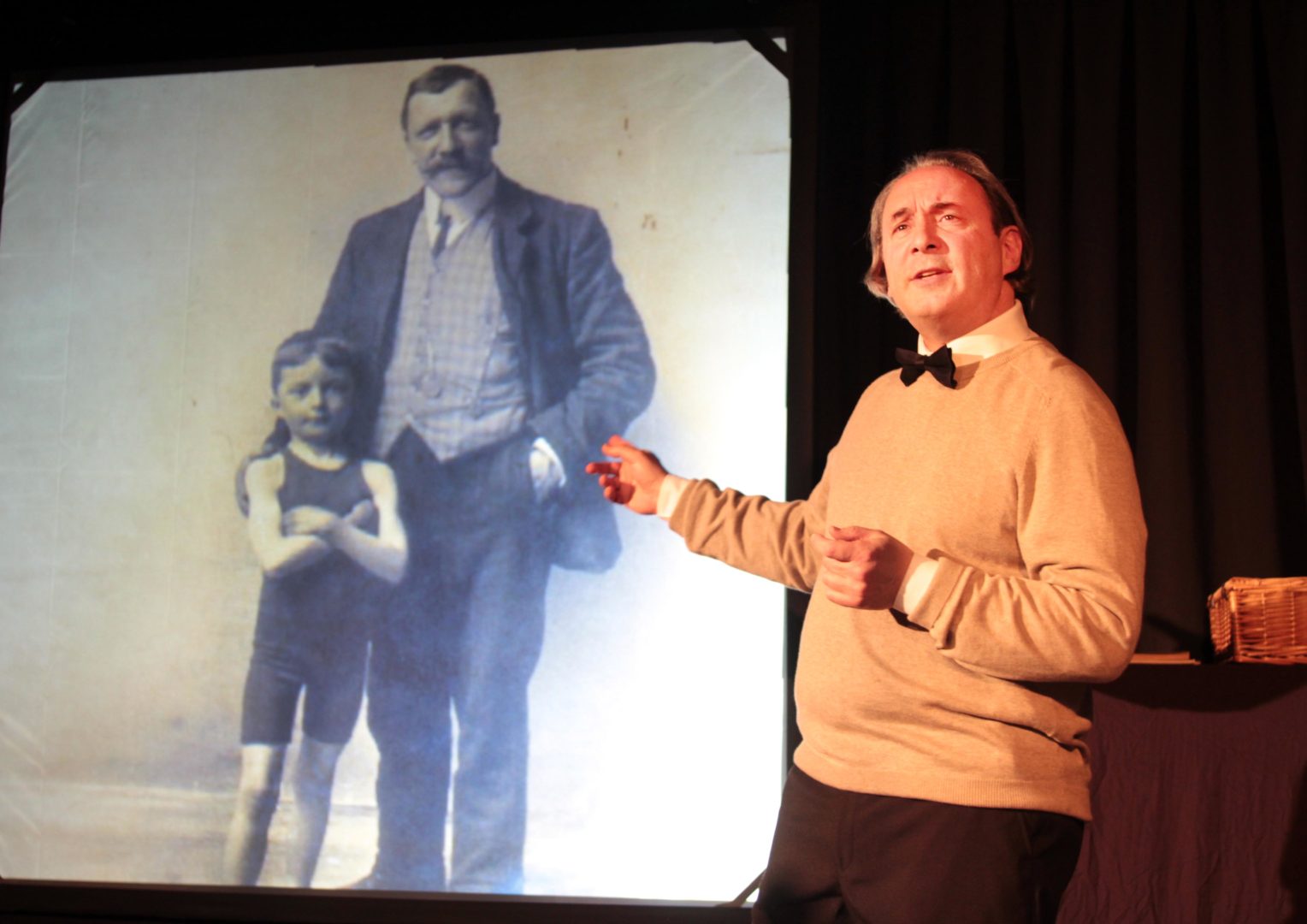 A play in 22 attempts

Produced by A Play, A Pie and A Pint at Òran Mór, presented in association with the Traverse Theatre.

Jabez Wolffe; Channel swimmer, variety artist and international sporting hero received obituaries in papers as important as the New York Times, The Jewish Chronicle and the Dundee Courier. For more than 30 years his achievements were celebrated across the world but following his death in 1943 he was soon forgotten. We bring Jabez to life once more and give him his rightful place in the Scottish Sporting Hall of Fame, so come and watch someone grease a mannequin, play the guitar badly and get soaked.

Giles’ plays and have been produced widely in the UK and Europe. He performed his one man show Amid Summer Night Dreams as part of the Mendelssohn on Mull festival in 1993.