DIRT UNDER THE CARPET 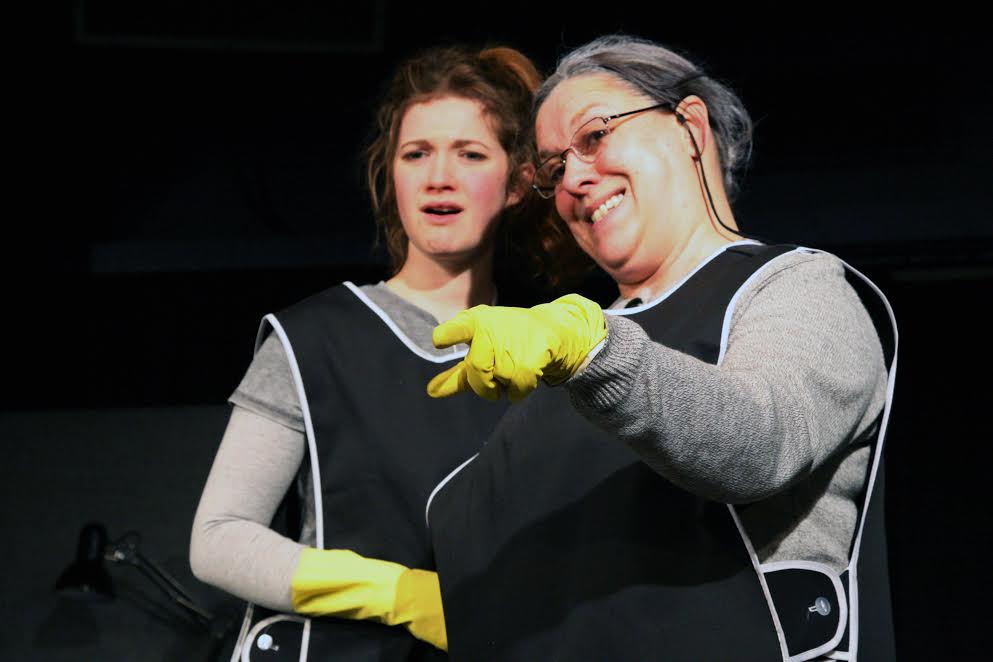 Produced by A Play, A Pie and A Pint at Òran Mór, presented in association with Aberdeen Performing Arts.

Muriel and Lorraine are office cleaners.  They’re the best, polishing a dazzling shine on everything while imagining the lives of the workers they never meet.  But however hard they work,  they can never get things clean enough to satisfy the tyrannical boss, Mr B.  Then one morning they find the worst mess of all, Mr B’s corpse.  Who killed him, and why?

Film and tv work includes ‘ORANGES AND SUNSHINE’ directed by Jim Loach and starring Emily Watson and Hugo Weaving,  the Ken Loach film ‘LADYBIRD LADYBIRD”  which won a Silver Bear at the Berlin Festival “AIMEE and JAGUAR’ Silver Bear winner and Golden Globe nomination, and BAFTA nominated ‘BUMPING THE ODDS’ for the B.B.C.  She has also written many other single plays for tv and contributed to series such as ‘CASUALTY’ and ‘DR WHO’.