Do Not Press This Button 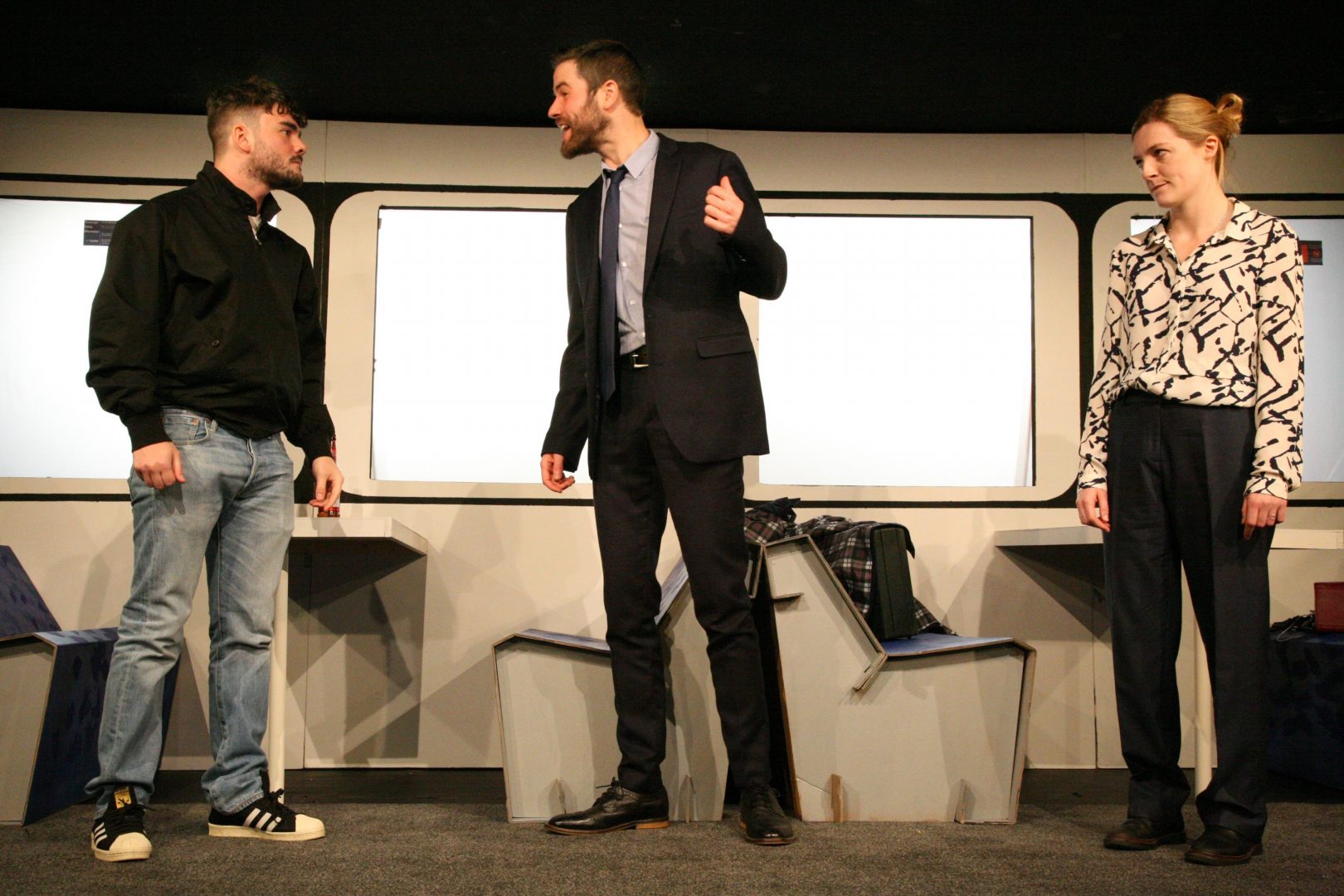 Marie and Ben, fellow commuters, fall into friendly conversation on a train, but things turn comical and then dark as Ben realises far too late that Marie is playing a psychological game with him.  Enter Terry, an unsuspecting stranger, full of swagger, who is about to find himself caught up in their game and way out of his depth.

Alan Bissett is a playwright, novelist and performer from Falkirk, most known for his ‘one woman show’ The Moira Monologues, and whose previous plays for Òran Mór include The Ching Room, Turbo Folk (shortlisted for Best New Play at the Critics Awards for Theatre in Scotland), One Thinks of it all as a Dream, about ex-Pink Floyd frontman Syd Barrett, and It Wisnae Me, about Scotland’s colonial legacy. His current projects include Soil and Soul, a stage adaptation of Alastair McIntosh’s book about land struggles in the Highlands.