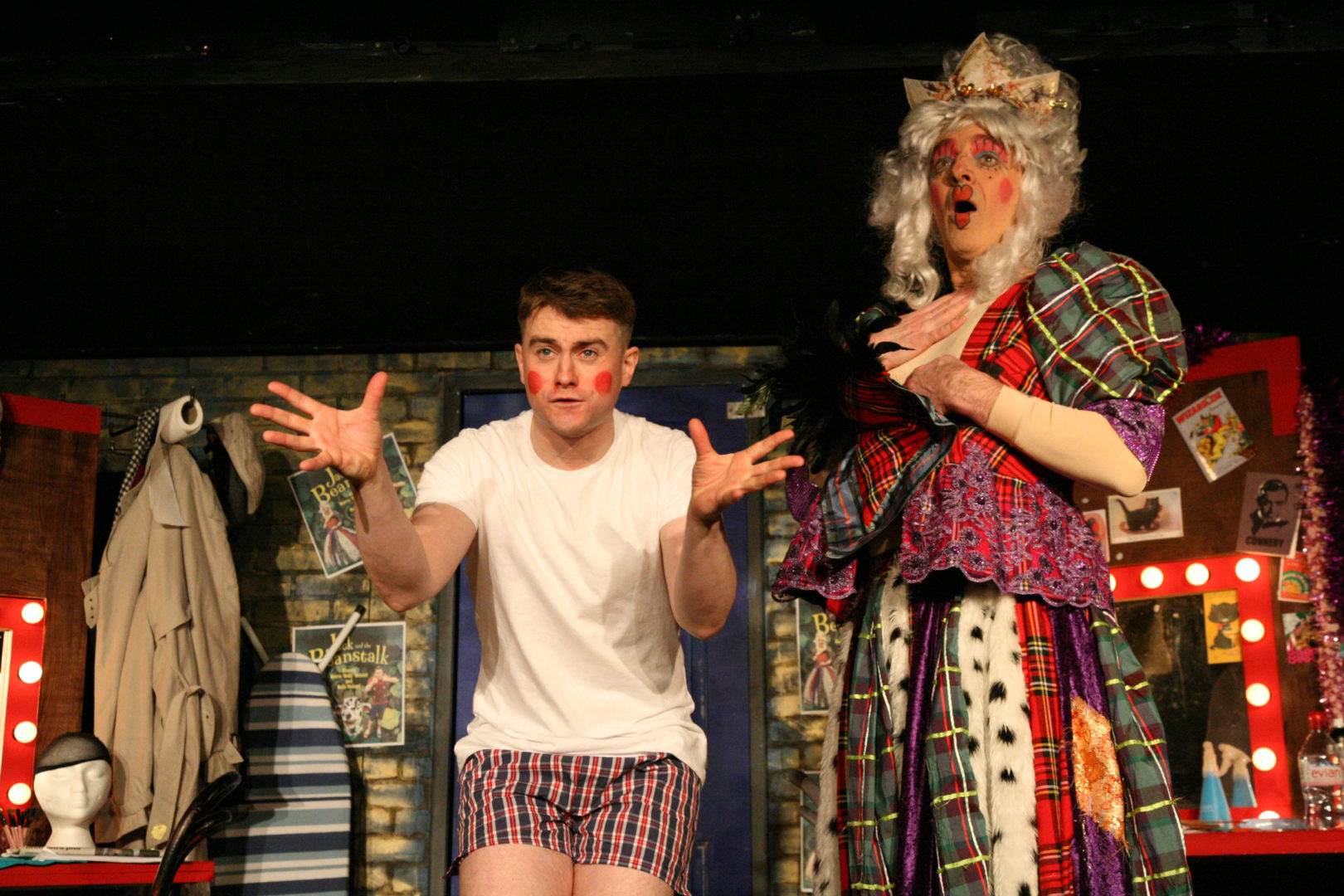 It’s Christmas in the dressing room of a commercial theatre, shared by the famous panto double act of Norrie and Nicky. One of their stars is fading, while the other is on the rise. The curtain has just fallen on the evening’s performance, and years of bitterness, jealousy and grudges boil over, threatening to end the relationship, both on and offstage.

This year he has joined the River City writing team, and writes many of the UK’s leading pantos, including the Glasgow Kings and SEC 2017 productions, as well as just having played panto dame at His Majesty’s Theatre, Aberdeen. Previous ‘Oran Mors’ are Only The Lonely (Anne Marie di Mambro), One In A Million (Cathy Forde), and Behind The Barrier (Muriel Gray).