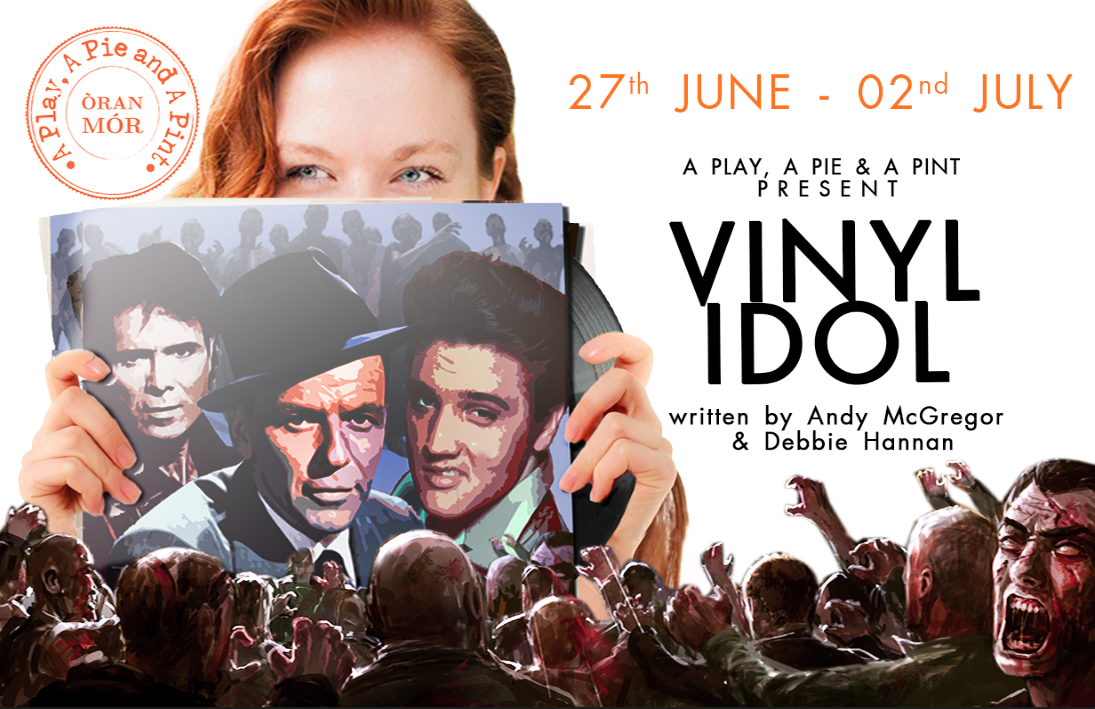 Clara was born in the wrong era. Her wall of vintage records features the most handsome dreamboats in pop music history. She spends most of her time in her head, being romanced by Sinatra, Presley and her favourite, Cliff Richard. One night, her sepia-tinged fantasies become reality, but it turns out the matinee idols of her dreams aren’t quite the gentlemen she thought… and so she sets about changing the world, one act of pop vengeance at a time.

Announcing ‘A Pint-size Play’. An open call to create your own miniature play from your home. Enlist a housemate, the kids,…

Our mini season… from the archives!

There may be no Pies and no Pints, but we’re excited to announce there will be Plays! Òran Mór‘s A…

A Play, A Pie and A Pint Latest Updates & Ticket Info

Update 23/03/20 In line with the latest advice from the Government, all A Play, A Pie and A Pint productions…