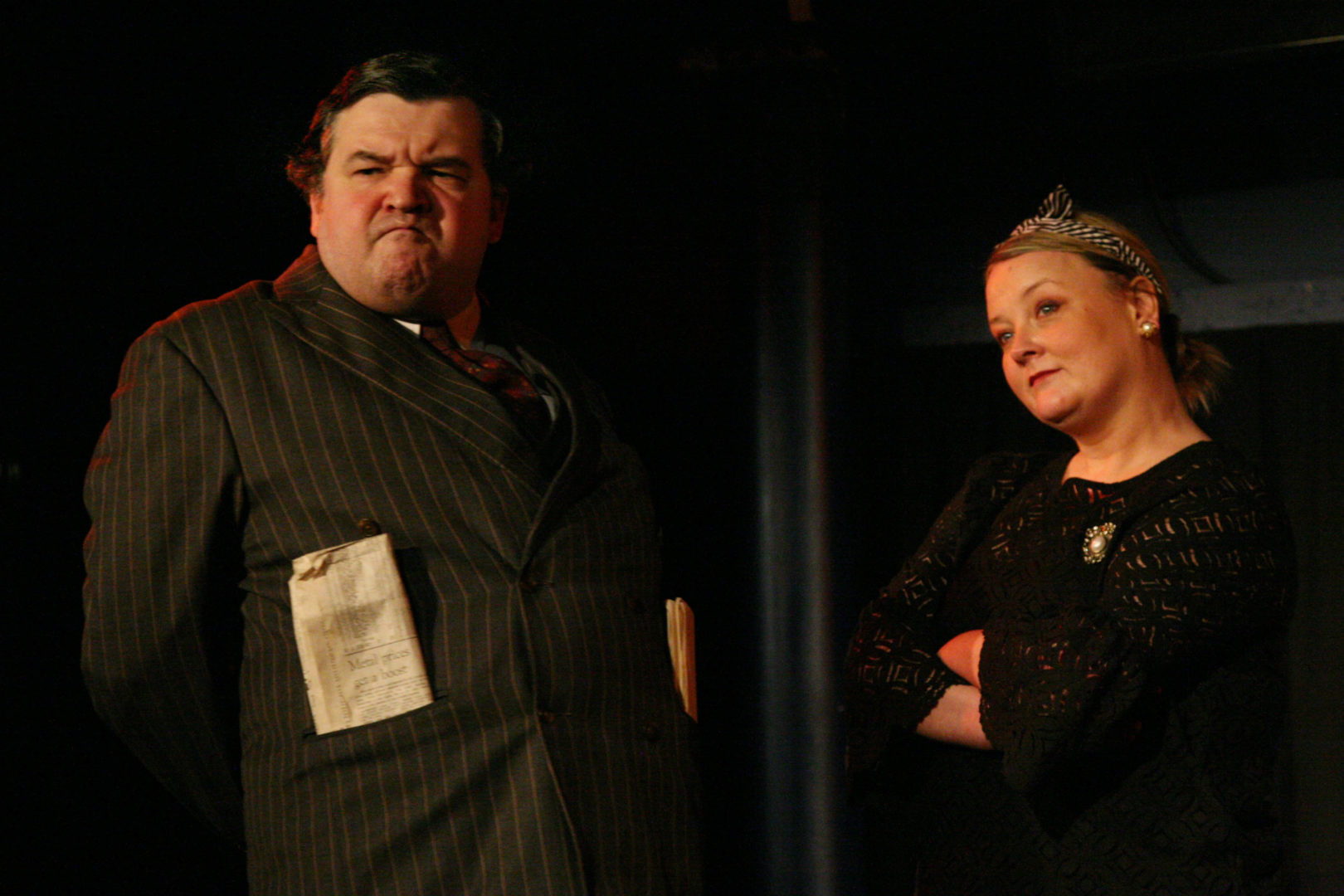 Produced in Association with the Sherman Cymru

Mr. and Mrs. Laughton, a seemingly charming yet candid window into one of the most famous Hollywood marriages of the 1930s. As famed character actor Charles Laughton prepares for his star turn as King Lear at the RSC, his wife, Elsa Lanchester invites us into their home, and into her memories of a thirty-three year marriage fraught with turbulence. Within her projections, and through the cinematic masterpieces they filmed together we see first hand the love that forms with acceptance rather than passion, and how sometimes that love is all we have to hold onto.

Michael-Alan Read was born in East Stroudsburg, Pennsylvania in 1985. After completing a BA in Theatrical Arts at Flagler College in St. Augustine, Florida he moved to NYC, working in various productions nationally and touring the United States.  He came to Glasgow to attend The Royal Conservatoire of Scotland in 2011, and has remained in Scotland since. He has an extensive acting CV and served as the Artistic Director of Cardboard Fox Theatre Company from  2012-2015. His works include: Mr & Mrs Laughton, I’ll Keep the Light, and Denise.