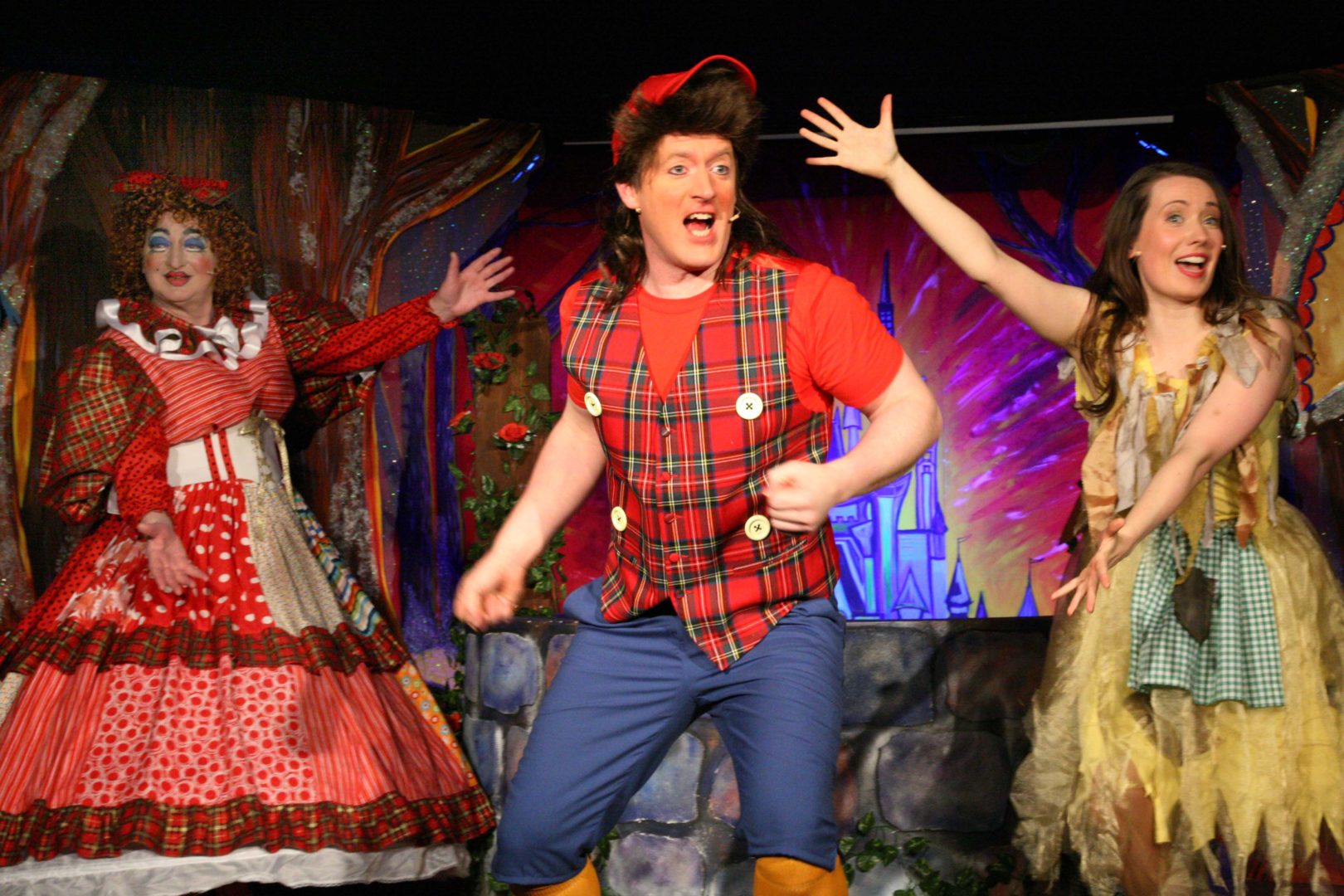 So she married Prince Kelvie, a G-Twelvie, (aka Prince Charming) but what happened once the ball was over? Turns out hubby was a mammy’s boy and life at the Palace was pure murder.

With heart throb Buttheid in tow, Cinders makes her escape – much to the chagrin of oor dame, Auntie Etta, who is thrown out of her grace and favour but ‘n’ ben in Bearsden.

Meanwhile the remaining Ugly Sister, wan-tooth Winnie, has had a makeover and plans her long awaited vengeance… but will she be a match for the new super-powered Cinders?

Please note that ALL tickets for this year’s panto have now sold out.

PLEASE NOTE: Our Panto is aimed towards adults and does contain some strong language and adult themes, this show is recommended for ages 16 and over.