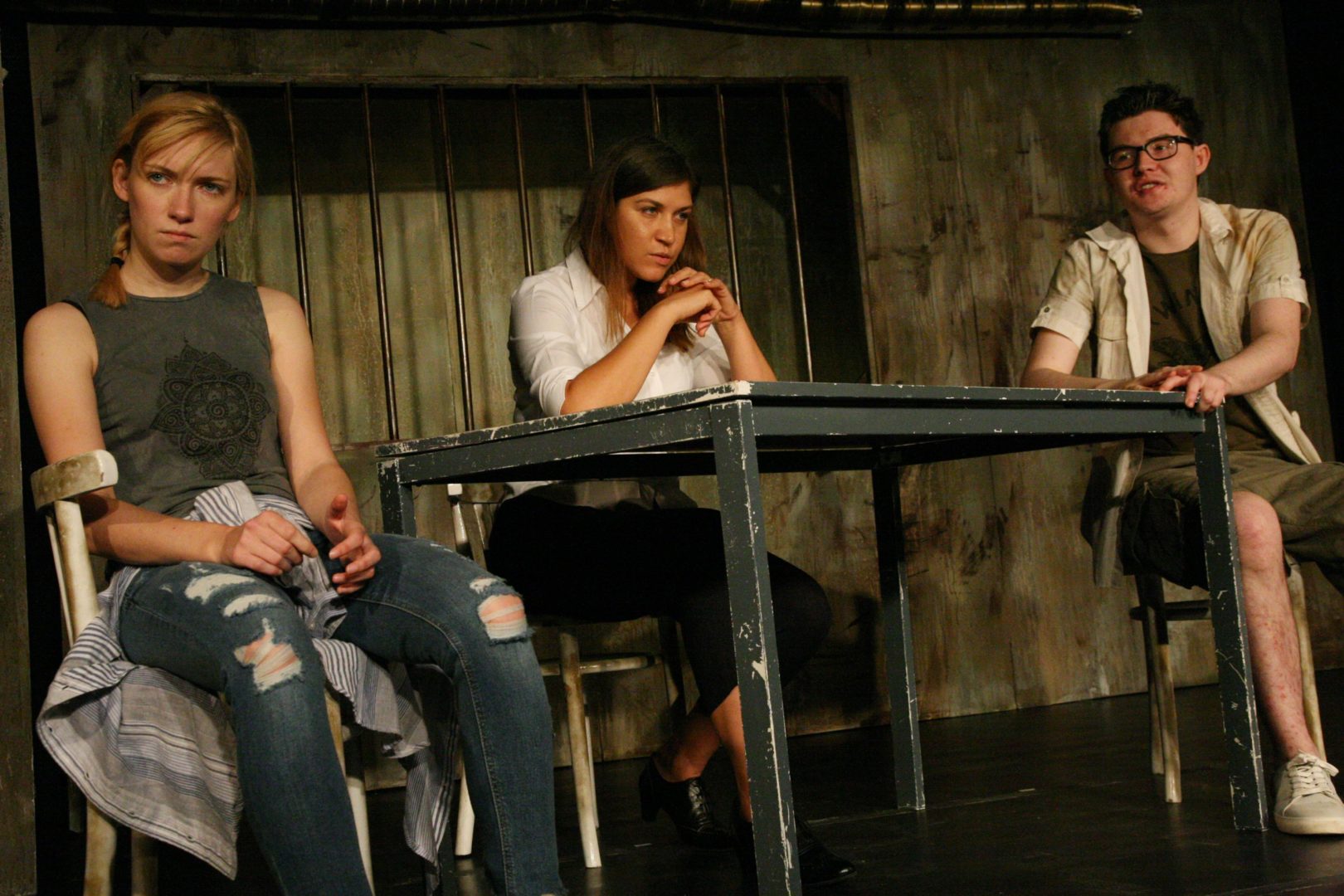 Produced in association with the Traverse Theatre

Freya and Michael have been travelling around the world, celebrating their freedom before beginning University. Everything had been going reasonably well, until they find themselves arrested after a problem at customs. Three weeks later, still in prison awaiting their court date, a defence barrister arrives to advise them of the choices they face and the possible outcomes of pleading guilty or innocent. Both Freya and Michael insist they cannot admit guilt to something they knew nothing about. Can the barrister broker a deal with the prosecution to save their futures? And will Freya and Michael make the right choice?