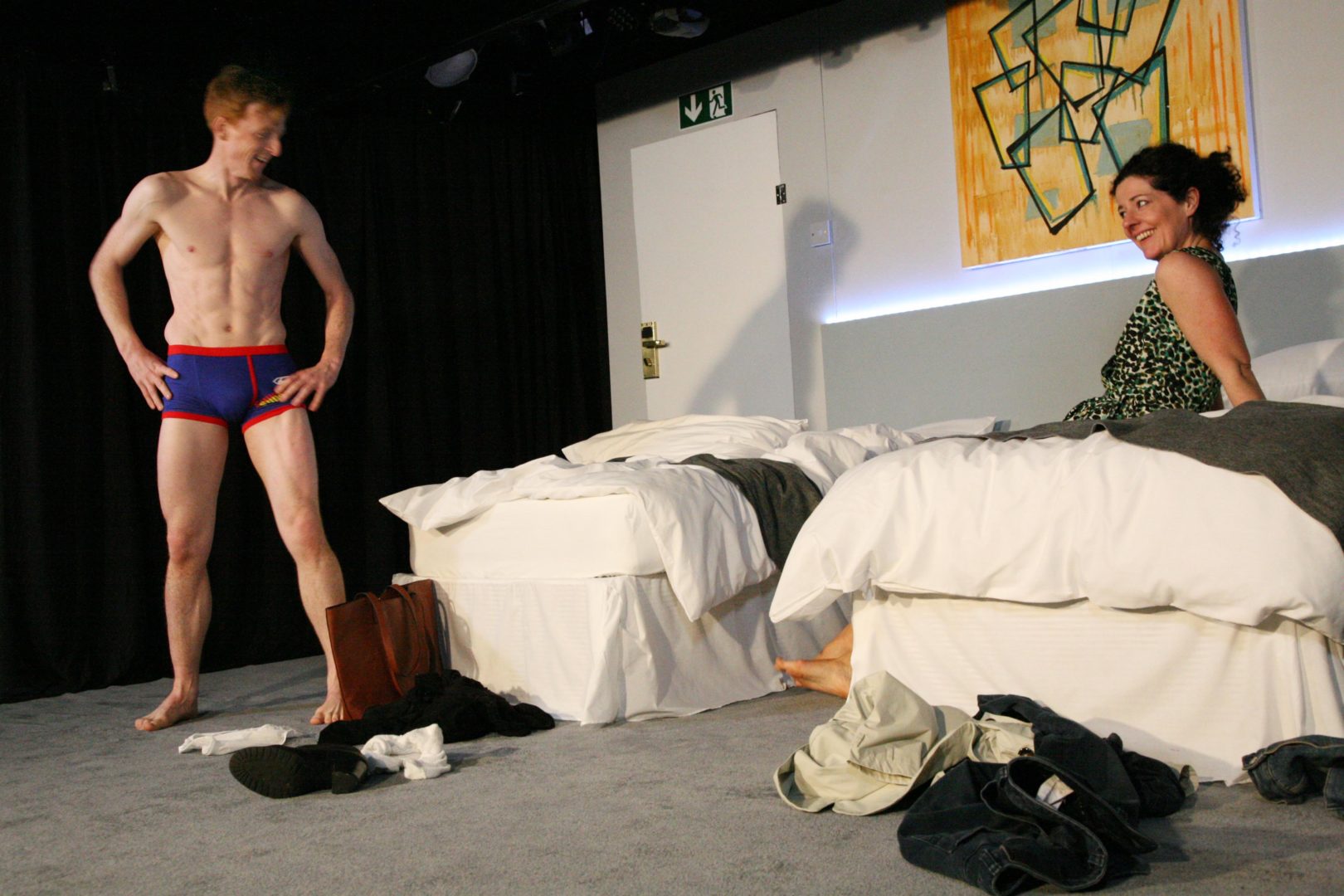 Lisa is forty, and edging towards a midlife crisis. The world, she thinks, is judging her childless state. In a desperate bid to conform, she lures her brother-in-law, Stan, to a dingy hotel room in the middle of a ring road to carry out a plan. As the night unfolds she pushes every button she can to get him to agree to do it.

Anita Vettesse is so delighted to be back at Oran Mor with Ring Road which was nominated for the best new play at the critics theatre award 2016. Anita writes for BBC’s River City. Other work includes: Falling for BBC Radio Drama and You Really Got Me Going as part of The Break, Series III for BBC Three. She has recently begun writing sketches for The Comedy Unit’s new pilot, The State of It. Her theatre work includes, Happy Hour and From The Air for Oran Mor. Melvin Bragg Made me do it for Paines Plough Theatre Company; News Just In/Hostage Taker for Random Accomplice; Eddie and The Slumber Sisters for Catherine Wheels/National Theatre of Scotland and co written a new musical, Bingo, for Stellar Quines /Grid Iron theatre Company which toured in Spring 2018. Anita is about to become writer in residence at National Theatre of Scotland as part of the John Mather Trust award. Anita continues to work as an actor and writer.