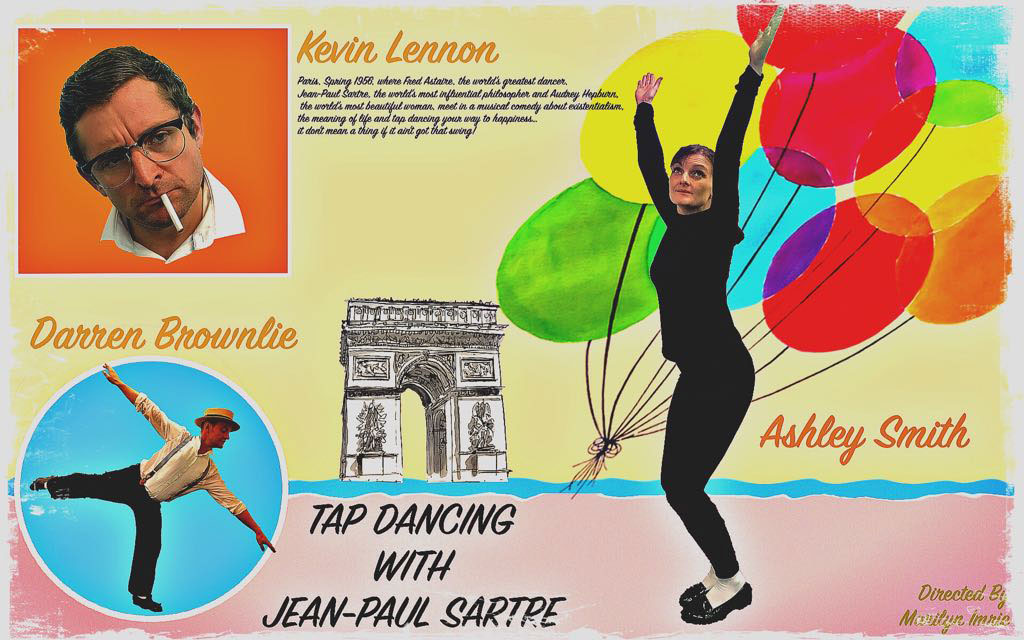 Paris, Spring 1956, where Fred Astaire, the world’s greatest dancer, Jean-Paul Sartre, the world’s most influential philosopher and Audrey Hepburn, the world’s most beautiful woman, meet in a musical comedy about existentialism, the meaning of life and tap dancing your way to happiness…it don’t mean a thing if it ain’t got that swing!

Produced in association with the Traverse and Aberdeen Performing Arts

James Runcie is the author of The Grantchester Mysteries (televised as “Grantchester” with James Norton and Robson Green), a Fellow of the Royal Society of Literature, Visiting Professor at Bath Spa University, and the Commissioning Editor for Arts at BBC Radio 4. “Tap Dancing with Jean-Paul Sartre” is his fourth play at Oran Mòr, after “The Jazz Club Murder”, “A Word with Dr.Johnson” and “Dr Johnson goes to Scotland.”