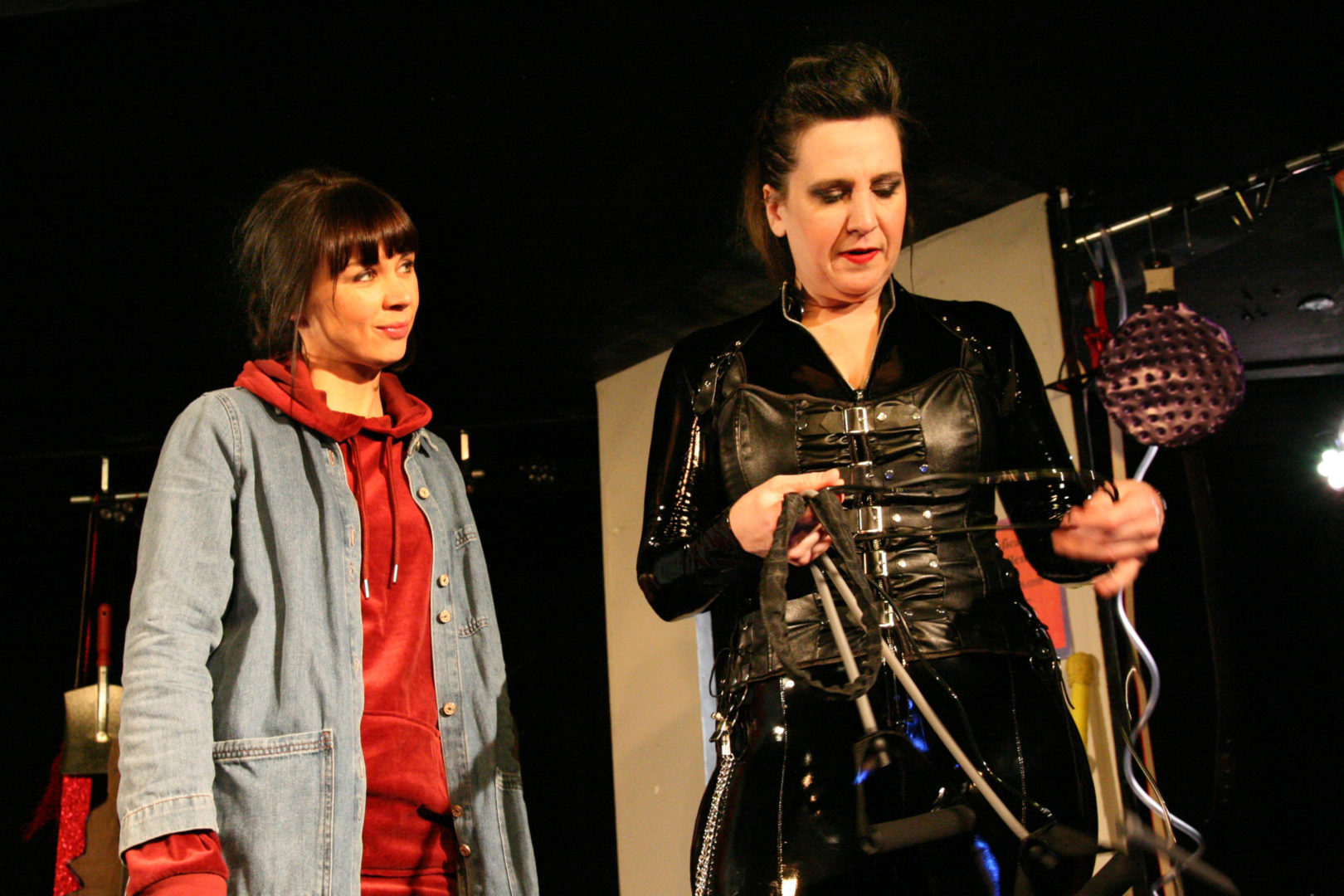 Produced by A Play, A Pie and A Pint at Òran Mór, presented in association with the Sherman Theatre, Wales.

A tale of two sisters which asks, what is the price of happiness?

Karen has stopped watching the news – or even looking out the window. The outside world is too depressing. The upstairs world too. These days she’s happiest in her dungeon. Down here, she rules. In a catsuit and killer heels.

Anne, Karen’s estranged sister, has recently been made homeless. As a last resort, and seeing as it’s winter, Karen has agreed to let her stay for wee while. So long as she helps with the upstairs world – the cooking, the cleaning, the two kids. So long as she smiles and keeps her opinions to herself.

But when Anne brings the outside world in, there’s no shutting it out again, and nowhere left to hide