Welcome to the Spring season of A Play, a Pie and a Pint!

2019 marks a very special year for PPP – we will reach the momentous landmark of having produced 500 plays since founder David MacLennan produced the first play back in 2004. David’s idea proved inspirational and it is a tribute to his passion that PPP has grown and flourished over the last 15 years.

To celebrate this achievement we are bringing back some of the most loved plays from our back catalogue as well as presenting exciting  new works from both established and emergent writers.. the resultant season will be a thrilling mix of comedy, drama and musicals.

The season explodes into life with ‘Tartuffe’  a rollicking version of Moliere’s classic translated into energetic Scots by the magnificent Liz Lochhead. “ Tartuffe.. A brilliant blend of traditional lowland Scots, contemporary Glasgow patter and lethally sophisticated female wit.’  The Guardian.  This will be followed by another 19 plays delving into such varied subjects as – farcical levels of airport security,  Charles Rennie Mackintosh, corrupt police and cool dads. In the week that marks the 500th play we present the play voted by our audience as the one they’d most like to see again – Casablanca, the Lunchtime Cut.

Our artistic directors Morag Fullarton and April Chamberlain chatted to The Herald about the upcoming season.

Please visit our What’s On page for full programme details. 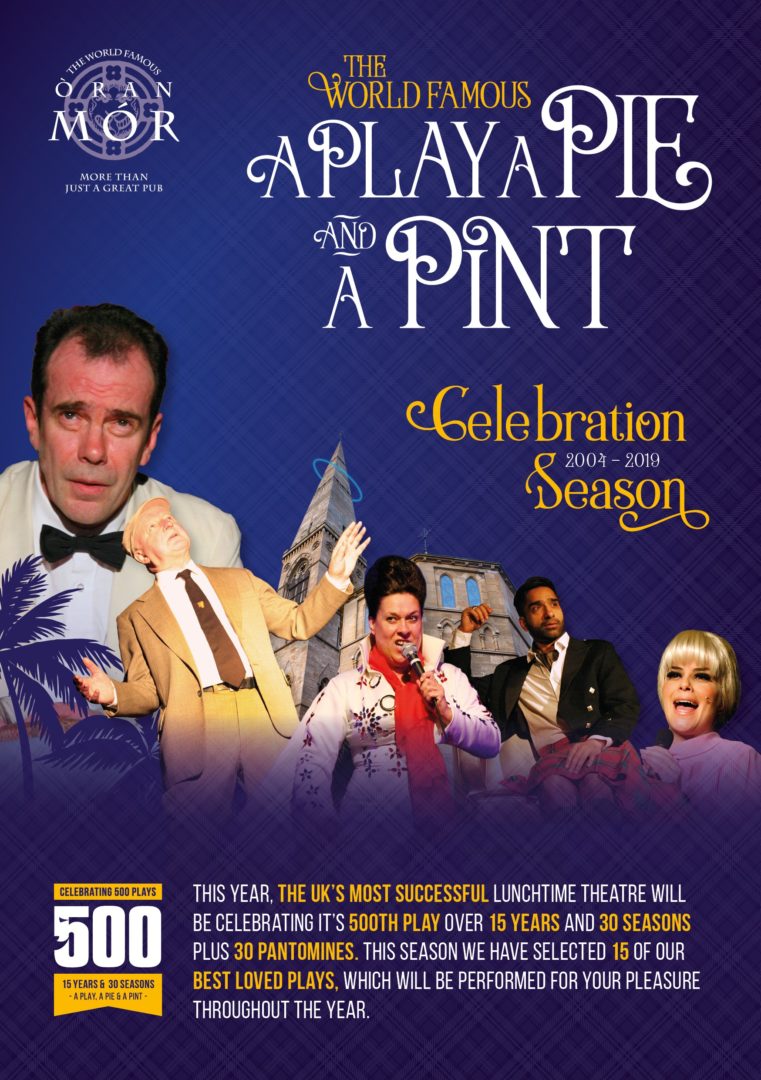 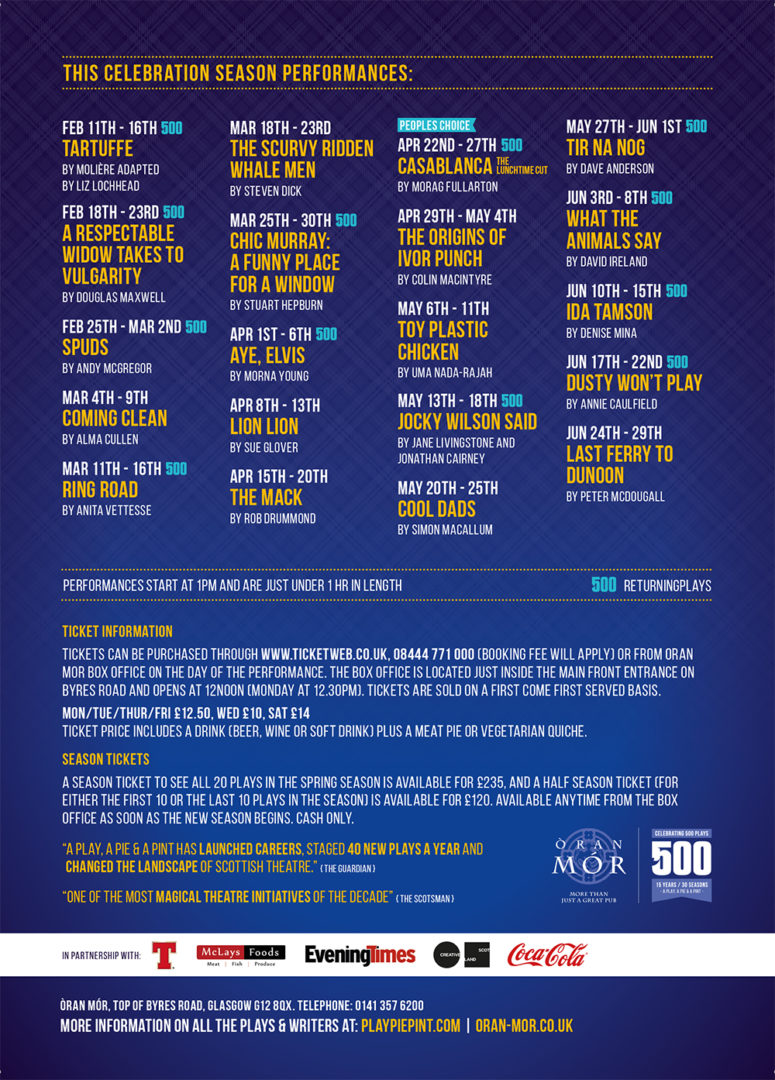