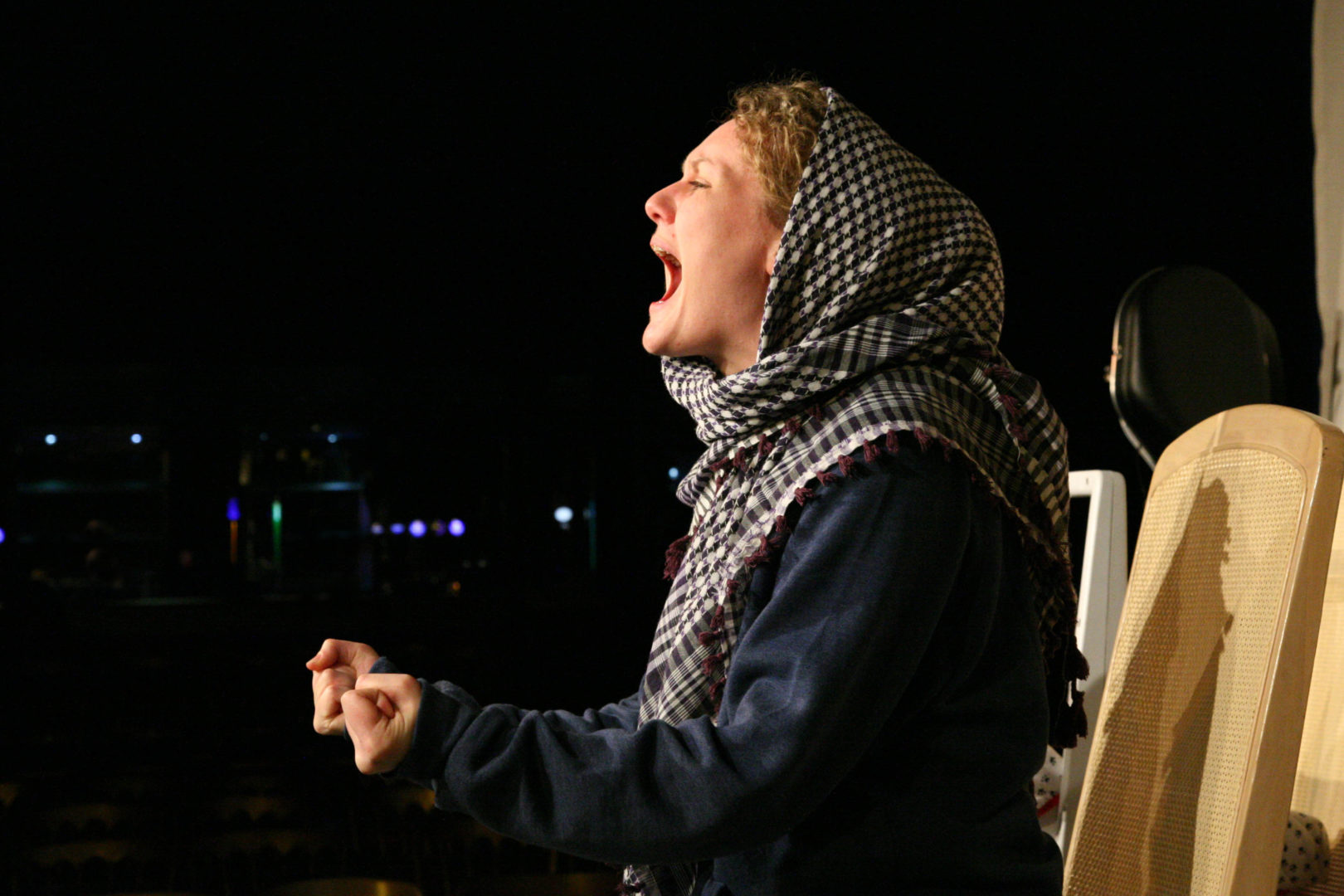 This is Helen and Mike’s first.  And it’s not easy.  He works a lot.  He has to.  After all it’s why they’re here.  Thousands of miles from home.  So it’s mostly just Helen and the baby, alone in the compound, cooped up; after all, it’s not safe outside. But there’s nothing to worry about, Mike says, the insurgents are on the other side of the country.