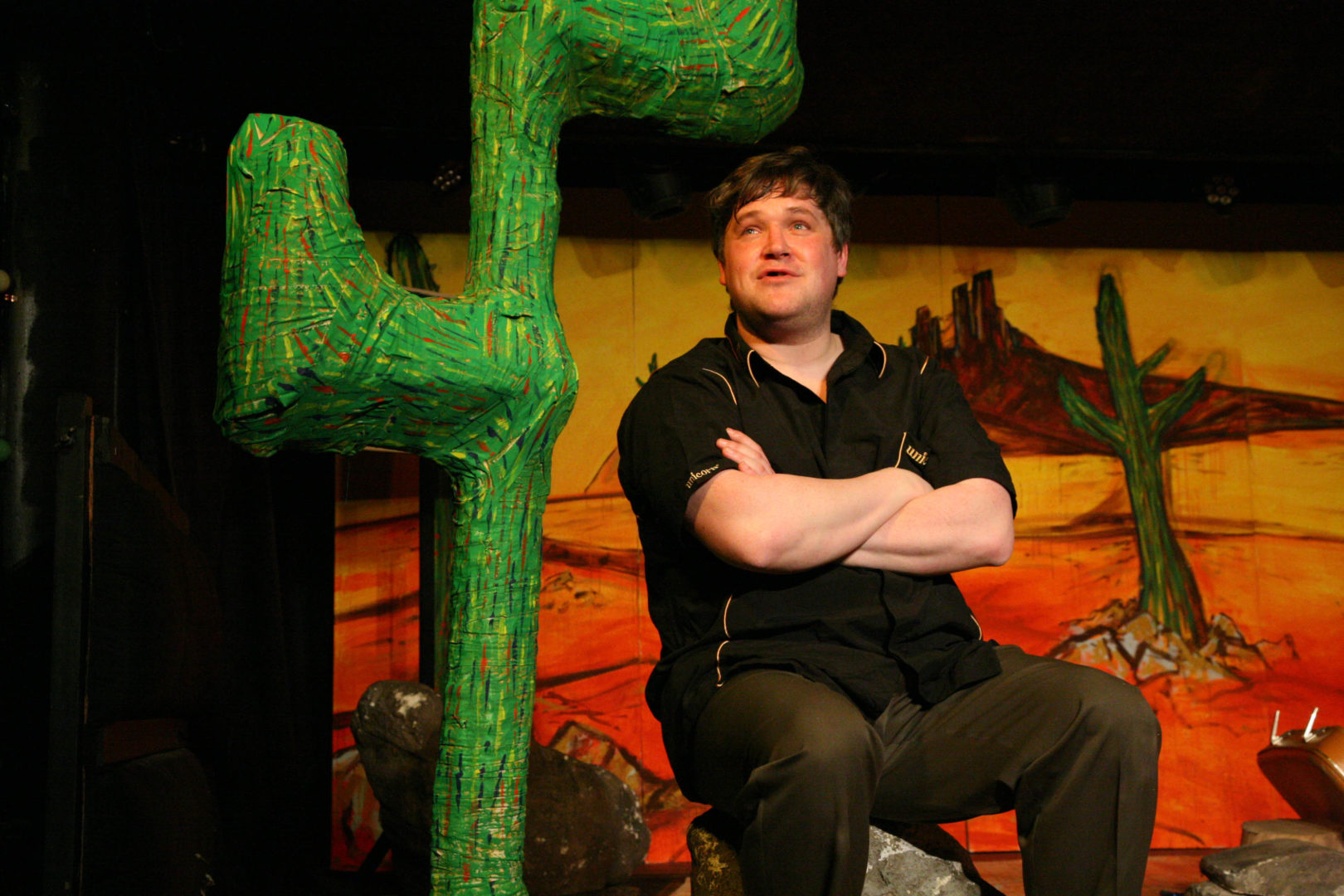 Produced by A Play, A Pie and A Pint at Òran Mór, presented in association with Aberdeen Performing Arts.

It’s 1979 and rising Scottish darts star Jocky Wilson is in America to play an exhibition match. He misses his ride to the next venue and, flat broke, sets out to hitch hike across the Nevada desert. With only a cactus for company, the diminutive Fifer, reflects on his life and career…

Jocky Wilson Said tells the story of one of sport’s most unlikely and most loved heroes who overcame many challenges to become a double world champion.

Jane Livingstone and Jonathan Cairney are frequent creative collaborators with previous work including a musical play about their hometown, Thieves of Dunfermline. Jane won a BAFTA Scotland for Best Writer for Roses of Picardy and her play Miss Veitch’s Roses was part of the previous season of A Play, a Pie and a Pint. Jonathan is a singer songwriter and Jocky Wilson Said is his first non musical venture.