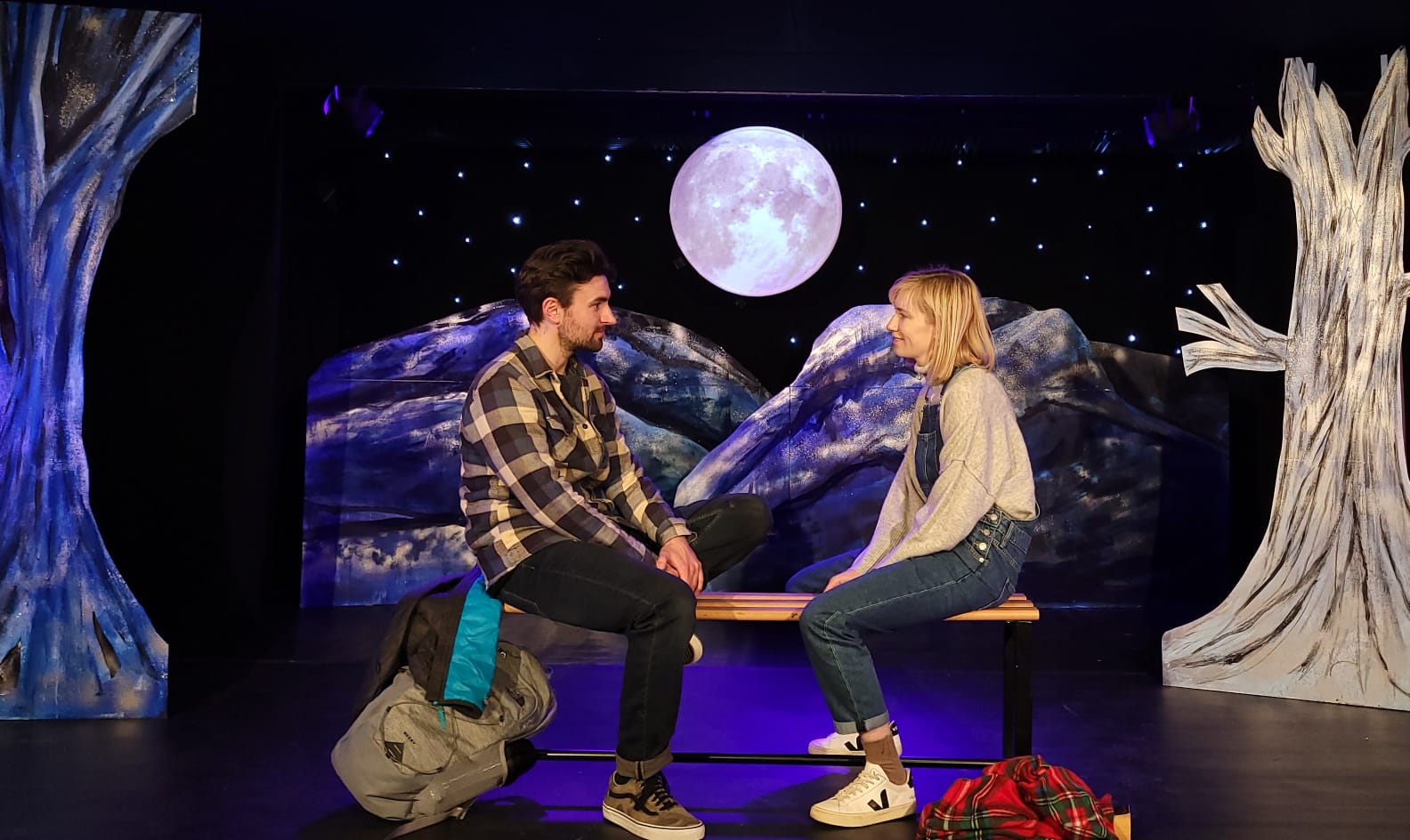 Riley has recently found herself dumped, down on her luck, and in need of a break. This leads her to join a new cult who worship the Man on the Moon. When a reporter infiltrates the cult, Riley has to decide whether or not this place, which she knows is a fantasy, is worth continuing to believe in.

ERIN MCGEE is a playwright born and based in Edinburgh. She first began exploring playwriting through the Traverse Young Writers programme in 2017 and has been writing ever since, her work being rooted in feminism, gallows humour, and the Scottish identity. Erin has had her plays performed in Edinburgh and Glasgow, with her one woman show Scuttle performed at the Assembly Roxy and at Gilmorehill. Her play Mooning was first commissioned as part of the Traverse Theatre 2019 festival programme, and she was a member of BBC Scottish Voices from 2020-2021.

LOUISE LUDGATE trained at RSAMD . She has performed in 20 plays for PPP and has worked as an assistant director on 4.  As an actress she has worked with a multitude of companies including The Traverse, The Tron, The Sherman, National Theatre, Headlong, Birmingham Rep, The Citizens, Stellar Quines, Magnetic North, Paines Plough, The Royal Court, Dundee Rep, National Theatre of Scotland, Vanishing Point, Fire Exit, Manchester Royal Exchange, ATC, Suspect Culture, The Bush, Lookout, The Kings.