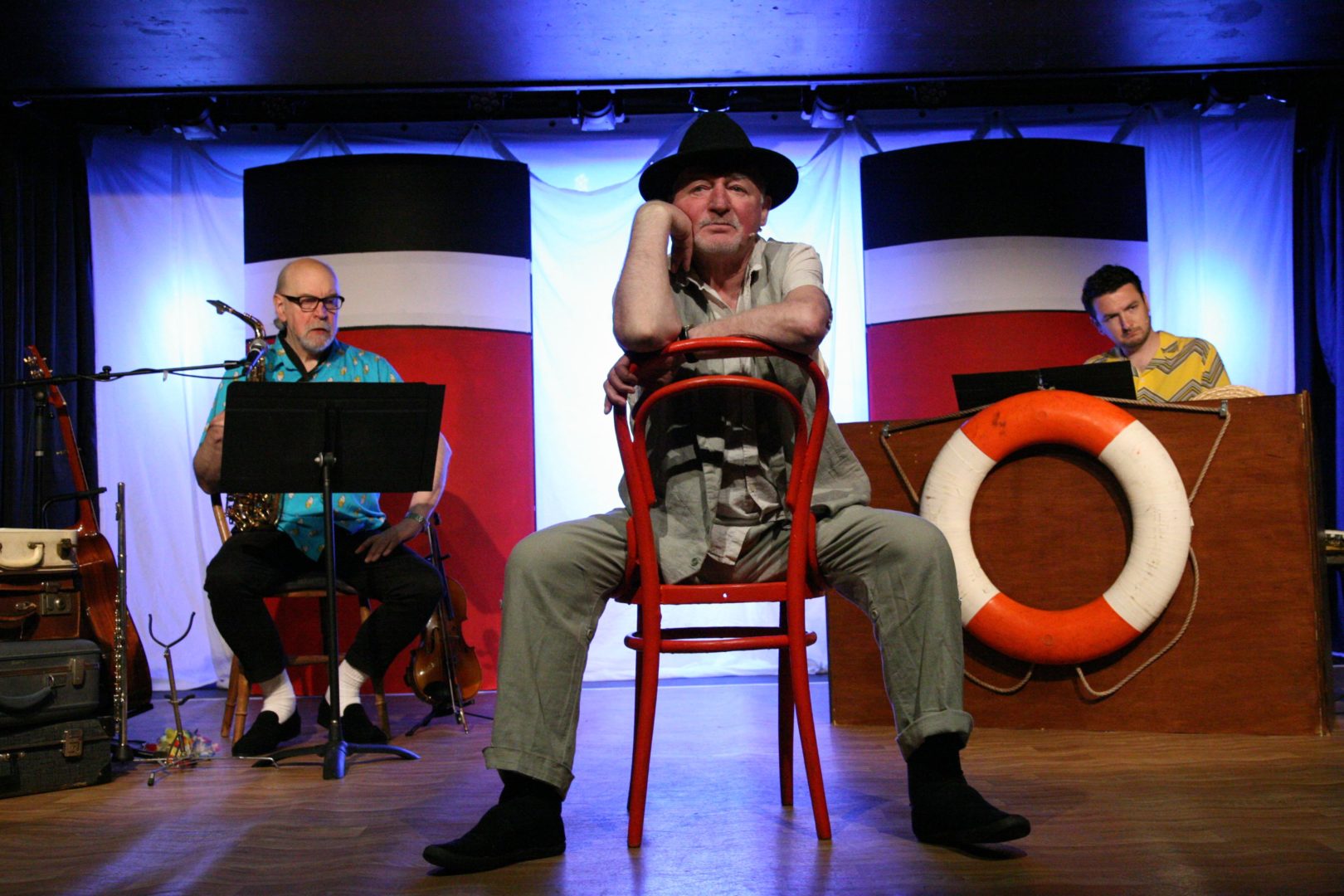 Tír na nÓg is “The Land Of The Young” in Celtic Mythology, where, if you’re heroic, or lucky enough, you go never to grow old.

If you want to read the stories, there’s hunners…

In the modern world, where everyone seems to be searching for Eternal Youth, our Poet goes looking for…she doesn’t know what.

Dave Anderson is probably better known as an actor – most recently here at Òran Mór as Chic Murray.  He’s been playing (mostly) Dame in Panto here for 12 years or so.

It is one of several ‘mini-musicals’ Dave has written for Òran Mór.

You might be familiar with Dave’s songs for The Steamie…